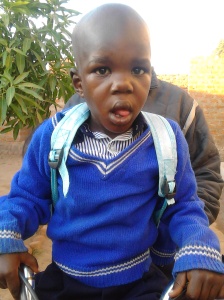 Imagine a world in which the local hospital has run out of basic drugs such as paracetamol.

Imagine a world where you had to travel 300 miles to see a heart specialist.

Imagine a world where your 4 year old child cannot be treated for a heart condition because the medical facilities are not available.

Imagine the dilemma of how to save your child’s life when it would cost more than you could ever afford.

I try to remember some of the people I met in north-west Uganda who face these issues when I am sitting in the GP’s waiting room, watching the information board tell me that the doctor is running 10 minutes late, then 20, then 30… I hate waiting! I get stressed and up-tight waiting! But after the waiting, I am privileged to receive excellent health care, free at the point of delivery.

My friend, Isaac, who I met in Arua, Uganda in August 2014, shared his story with me about his family’s experience of health care. He himself is involved in health awareness campaigns and providing vaccinations to children. However, his own son, Destiny was diagnosed with three holes in his heart when he was a baby. Destiny is now four and attending school, but he has frequent illnesses, and his development has been delayed. His parents have been advised that he urgently needs surgery, and this March, after months of waiting, Isaac and his wife took Destiny to Kampala, 300 miles away, anticipating that surgeons visiting the country would perform the operation. They stayed in a hotel for 10 days, leaving their 2-year-old son back in Arua – costing them both financially and emotionally. On arrival, due to administrative problems, there were no records of Destiny, and the expected treatment was delayed. Several days later, the operation was scheduled, but on admission it was decided that the procedure was far too risky and would need to be carried out overseas.

The waiting is still not over for Destiny, as his parents try to seek funding, now not only for the treatment that their child needs, but also for the travel and accommodation costs to the UK.

I know what it is like to fight for the services that my children need, and my heart goes out to this family who are so hard-working, who give so much to their local community, and who love their children just as I love mine. I am grateful that I live in a country where my children can access healthcare locally, and where I don’t have to worry about how I will pay for expensive treatment if they have a serious illness.

Don’t take the NHS for granted. I certainly won’t. It’s not perfect, but it is a gift.